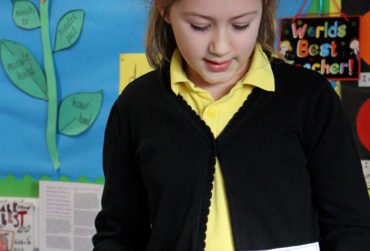 Belmont Primary first to be awarded BREATH Certificate of Excellence 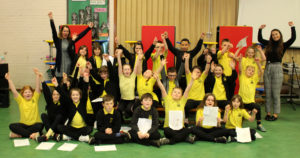 A primary school in Stranraer has been achieved an award for their successful completion of a set challenge linked with an important lung health programme rolling out across South West Scotland, Ireland and Northern Ireland. University of the West of Scotland (UWS) academics and PhD students have been visiting schools in Dumfries & Galloway to raise awareness amongst both secondary and primary children of chronic obstructive pulmonary disease (COPD), a deadly lung disorder which is the world’s third biggest killer and is particularly prevalent in the area. 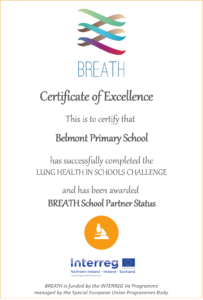 Scotland and Ireland have some of the highest rates of COPD in the world. UWS are amongst a consortium of organisations – including Queen’s University Belfast and Dundalk Institute of Technology – involved in a pioneering cross-border research project granted €7.7 million EU Interreg VA funding by the Special EU Programmes Body to combat the disease. The project, called ‘BREATH’ (Border and Regions Airways Training Hub) aims to better understand and alleviate the impact of COPD.

As part of their public engagement programme, the team offer the BREATH Challenge for schools across identified regions in Scotland, Ireland and Northern Ireland.  Belmont Primary in Stranraer is the first school to have successfully completed the Challenge, and Professor John Lockhart (UWS Lead on BREATH) visited the school on Monday 10th February to award the BREATH Certificate of Excellence to the pupils of Primary 5 at the school assembly.  To mark the event, two pupils from the class, Haylie McHarrie and Bethan Gibb, read letters they had written on COPD to the entire school assembly – who then responded by giving primary 5 class and enthusiastic ‘three cheers’.  The school have also now been awarded official partnerships status in the BREATH campaign (breath-copd.org). 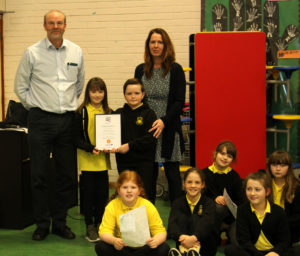 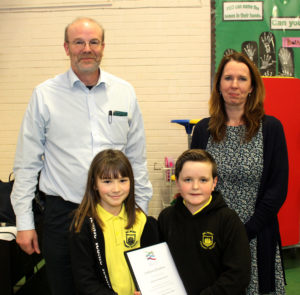 Professor John Lockhart said: “COPD is not only the third biggest killer in the world, but also prevalent in Scotland. UWS BREATH team members have been touring schools in Dumfries & Galloway and Ayrshire & Arran to raise awareness of COPD since the disease is particularly prevalent in these regions.  To date over 2,500 children have been involved in our educational drive.

“We want children to engage with us on our research journey, and have been teaching them about the scientific skills needed for researching the deadly disease while at the same time improving their understanding of lung health and wellbeing. Our programme has included patients participating in interview sessions with the pupils, with both patients and pupils enthusiastically engaging in the experience.

“With the support of their dedicated teaching staff, the pupils of Belmont Primary have been wonderfully engaged in the project, and I am delighted they are the first school across the whole programme to be awarded the BREATH Certificate and made official partners on the BREATH campaign – congratulations all – and welcome on board!” 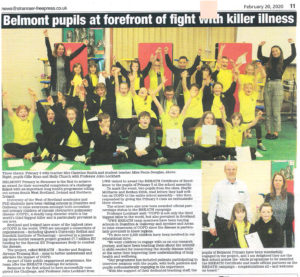 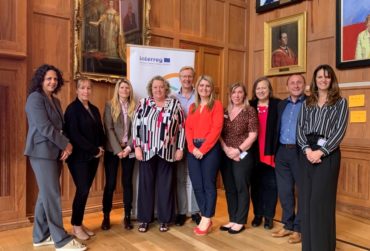 BREATH and the School of Pharmacy with TEVA UK hosted a one-day interactive training session entitled “Pharmaceutical Industry in Action”, focused on enhancing understanding of how the pharmaceutical industry operates. 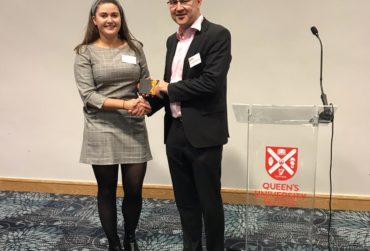 Congratulations to Orla Dunne who one first prize for her oral presentation at the School of Medicine, Dentistry and Biomedical Sciences, Annual Postgraduate Forum at Queen’s University Belfast on 7th November 2019. 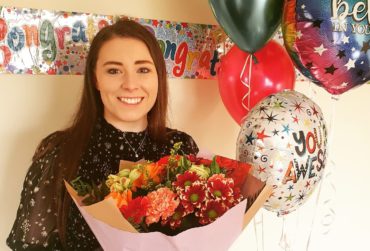