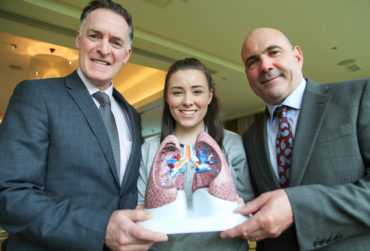 15 November 2017. Dundalk, Ireland. Over one hundred patients, healthcare workers and politicians across the UK and Ireland have come together on World Chronic Obstructive Pulmonary Disease (COPD) day (Wednesday 15 November) to launch an integrated project to tackle the killer disease which takes over 600,000 lives in the EU every year.

€7.7m has been awarded by the Special EU Programmes Body (SEUPB), responsible for managing the EU’s INTERREG VA Programme, for a pioneering cross-border research project designed to better understand and alleviate the impact of this killer lung disease. The project known as ‘BREATH’ (Border and REgions Airways Training Hub), launched today in Dundalk, brings together experts from Queen’s University Belfast, the Dundalk Institute of Technology (DkIT) and University of the West of Scotland.

COPD is now the third biggest killer in the UK. Although smoking and air pollution remain the key contributing factors, genetic influences and early life events including infection, poor nutrition and impaired lung growth are now considered important factors responsible for COPD. Urban areas of Dundalk, Northern Ireland and West Scotland are considered ‘hotspots’ where the prevalence of COPD cases is up to 62% higher than the national average and as such, are represented by the regions taking part in this project.

Dr Lorcan McGarvey, Consultant Respiratory Physician from the Wellcome-Wolfson Institute for Experimental Medicine at Queen’s University Belfast and clinical lead for the programme explains:“COPD-related hospital admission is higher in Ireland than any other developed country. In Northern Ireland, COPD is the second most common reason for emergency admissions to hospital and the number rises during the winter months, causing a significant number of premature deaths. Progress in treatment has been limited and it continues to impose a huge healthcare burden.”

COPD is an incurable respiratory condition characterised by progressive narrowing of the airways and irreversible structural damage leading to breathing difficulties and lung failure. Despite the huge health challenge that the disease presents, it is still a relatively under-resourced and under-researched illness.

Throughout the five year project, over 30 researchers and doctoral students will work together not only to better understand COPD but to raise awareness of the disease to help encourage preventative measures and timely treatment and disease management.

Gina McIntyre, CEO of the SEUPB added: “This cross-border project will help to meet some of the core objectives of the INTERREG VA Programme in terms of creating invaluable PhD-level research that will enhance the Health & Life Science sector across three regions. This exciting initiative will have a direct impact on the lives of thousands of citizens living across Northern Ireland, Ireland and Western Scotland.”

Nicola Roe, a BREATH doctoral student from Queen’s University Belfast said: “My grandfather was diagnosed with COPD 6 years ago. Before then, I knew very little about COPD but quickly came to realise how disabling this disease can be. It was difficult seeing him struggle with daily routine tasks as simple as walking, climbing the stairs and cooking, even sleeping was a struggle.”

She added: “In addition to having a staggering impact on the quality of life of sufferers, COPD exerts a huge economic burden on society and costs the EU over €380bn every year.  I am delighted to be part of this team of world-class experts who together will thrive to make a difference to this disease. In addition to progressing my research project, I am looking forward to reaching out to schools and communities to raise awareness of this disease so that early diagnosis can be made to improve survival rates and combat this disease.” 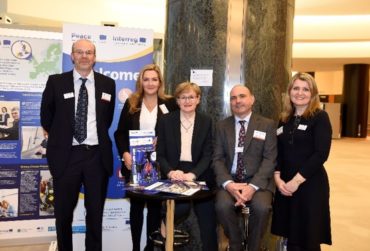 01 December, 2017. Dundalk, Ireland.  Dr Keith Thornbury from the Smooth Muscle Research Centre in Dundalk Institute of Technology (DkIT), was invited to attend an exhibition and reception in the European Parliament, along with Professor Lorraine Martin from Queen’s University of Belfast (QUB) and Professor John Lockhart from the University of the West of Scotland […] 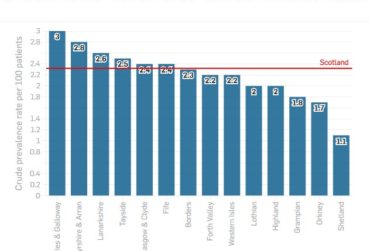 The BREATH programme featured as a full page article in the Sunday Post. 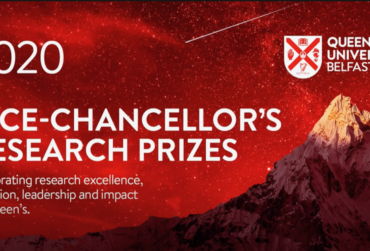 BREATH has been awarded the 2020 Queen’s University Belfast Vice-Chancellor’s Prize for Excellence in Research Culture.