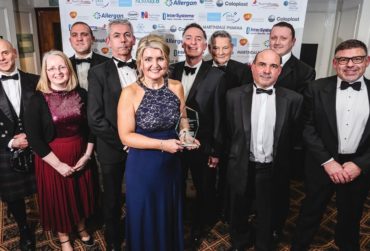 The BREATH (Border and Regions Airways Training Hub) project, which is a cross-border partnership between Dundalk Institute of Technology, Queen’s University Belfast  and the University of the West of Scotland, received a Northern Ireland Healthcare Award.

The 19th annual Northern Ireland Healthcare Awards took place at the Europa Hotel, Belfast on Thursday 22 February 2018. The Awards are dedicated to celebrating those whose exceptional expertise and contribution to their profession have transformed the provision of healthcare for the better.

The BREATH project will develop cross-border research to better understand and alleviate the impact of Chronic Obstructive Pulmonary Disease (COPD).

COPD is an incurable lung disease that is a leading cause of death worldwide, and is particularly prevalent in border regions of Ireland and Northern Ireland, as well as in South West Scotland. In Ireland, 264 per 100,000 hospital admissions are COPD-related, which is significantly higher that the EU average of 200[i]. The illness is proven to dramatically impair quality of life for sufferers and has a high cost to health services and the wider economy.

The €7.7 million EU INTERREG VA funded BREATH project has established a world-class cluster of researchers who will help address the causes, treatment and potential prevention of COPD. In 2011 the annual economic burden of COPD across the EU was estimated at approximately €141.4 billion.

Throughout the five year project, over 30 researchers and doctoral students will work together not only to better understand COPD but to raise awareness of the disease to help encourage preventative measures and timely treatment and disease management.

Dr. Keith Thornbury Principal Investigator in the Smooth Muscle Research Centre at DkIT said: “We are delighted that the important work of the BREATH project has been recognised in this Northern Ireland Healthcare Award. Together with our partners in Queens University Belfast and the University of the West of Scotland, BREATH offers a wonderful opportunity to gain new insights into lung disease. By better understanding this often ‘invisible’ killer disease, we hope to develop new and improved treatments – as well as helping prevent COPD by public awareness in the affected regions.”

Dr Mark Hollywood, Principal Investigator in the Smooth Muscle Research Centre at DkIT on BREATH added: “It is estimated that at least 440,000 people in Ireland are living with COPD[ii] and many do so undiagnosed. Death rates for respiratory diseases are worryingly higher here in comparison to other EU countries. Increasingly it is recognised that lung health needs to be made a national priority, as poor public awareness has resulted in an under-prioritisation of this disease.” 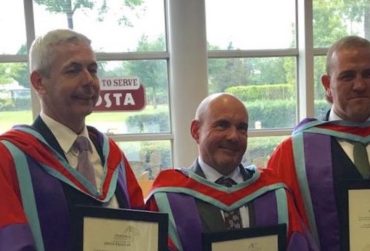 Congratulations to BREATH partners from the Dundalk Institute of Technology Smooth Muscle Research Centre, who have all just been made professors. 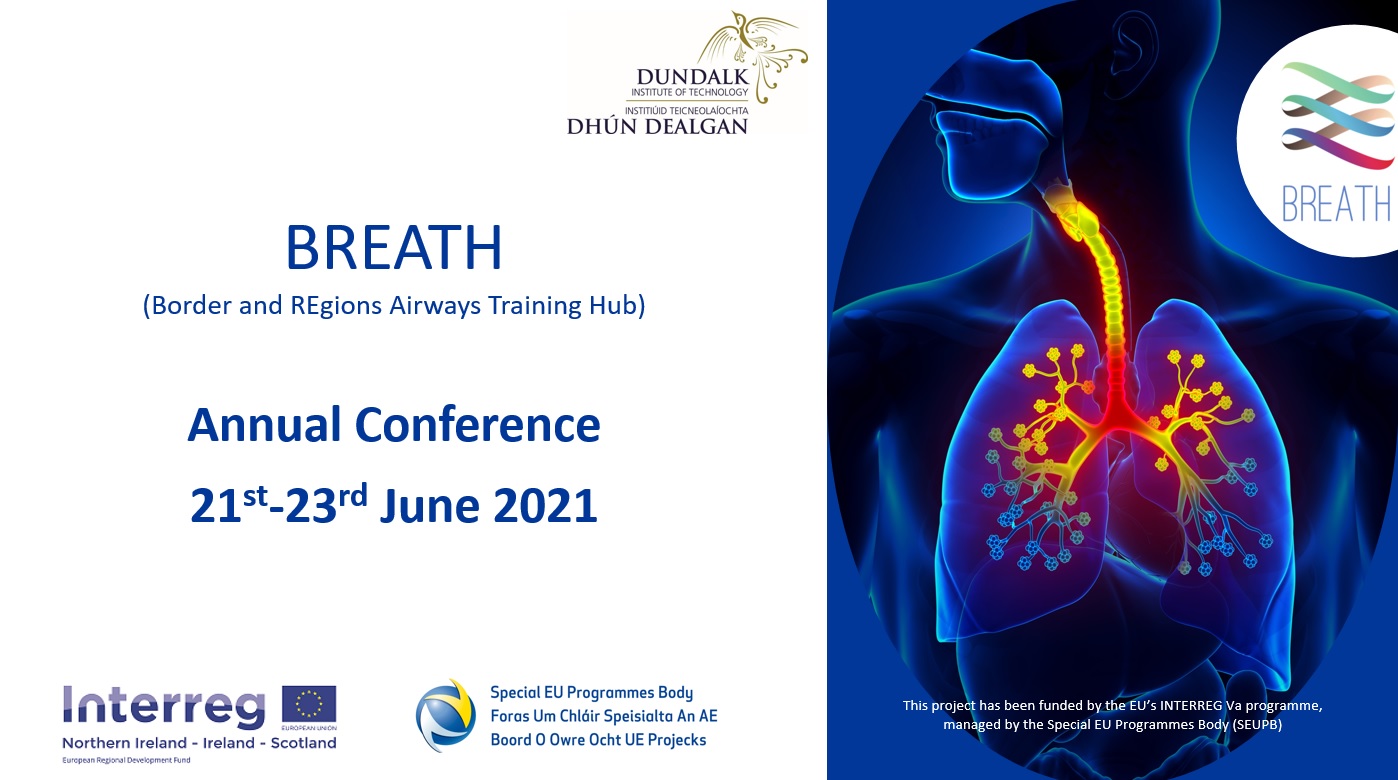 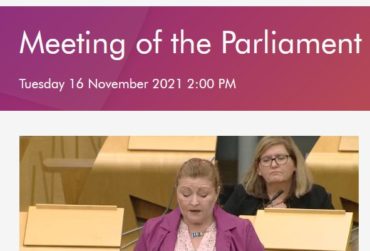