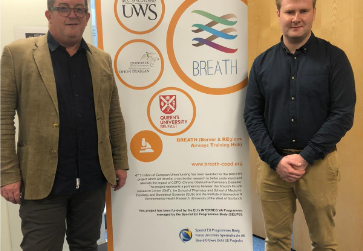 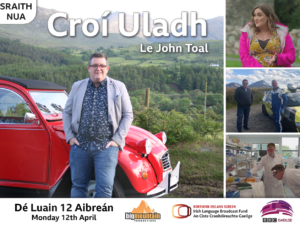 In August 2020, QUB PhD Student Stephen Carson had the opportunity to be interviewed for the BBC Northern Ireland TV series, ‘Croí Uladh le John Toal’. As part of the interview with John, Stephen discussed the basis of genetic disease using Alpha-1 antitrypsin deficiency, a condition prevalent in Gaelic populations, as an example.  This condition can be a risk factor for the development of early onset COPD however the most severe forms of the deficiency can be treated with a replacement therapy. Stephen then gave John a tour of the laboratory and was able to show him some of the equipment and techniques used in our lab when carrying out research. 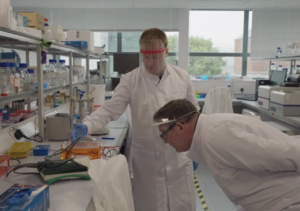 Preparing for this interview and being recorded for TV provided Stephen with a unique opportunity to further develop his personal communication skills and allowed Stephen to avail of some media training. He also enjoyed the experience of conducting the interview and explaining the work that we carry out as part of the BREATH project in Irish as opposed to English. Importantly, this interview gave BREATH the opportunity to engage with a national audience, to offer an overview of COPD and to help highlight the importance of research in the development of our understanding of the disease.

The interview was televised as part of the Croí Uladh le John Toal series on 12th April 2021. 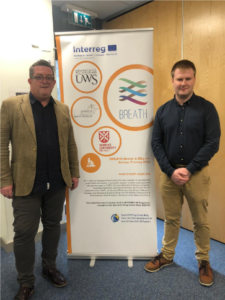 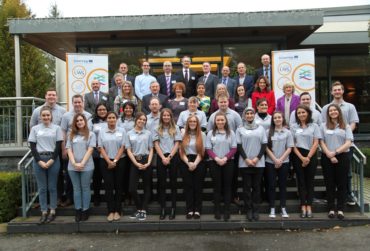 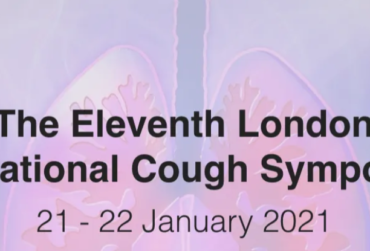 The Eleventh International Cough Symposium was held as a virtual event on the 21st and 22nd of January 2021. Best Abstract award to Orla Dunne. 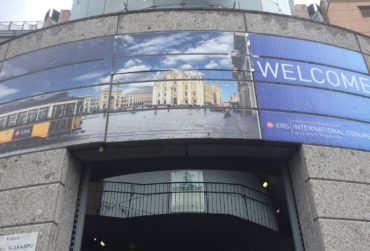